The Heritage Foundation posted the following chart in October in an article about Paul Ryan‘s plan to reform welfare: 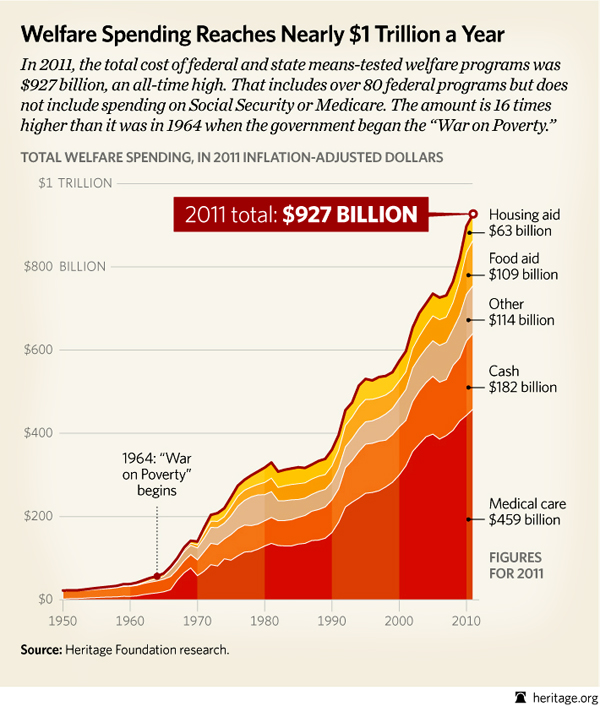 Tragically, this massive welfare state has been a driver of dependency. Today, 100 million Americans—roughly one-third of the U.S. population—receive aid from a government welfare program (not including Social Security, Medicare, or unemployment insurance).

As Ryan noted, in the 1990s Congress passed the historic welfare reform law, inserting work requirements into the largest federal cash assistance program. This was a huge success.

But these reforms are at risk. In July of this year, the Obama Administration announced it would remove work requirements from welfare reform—the very element that made the law such a success.

At what point will this kind of institutionalized dependency result in the loss of America as we know it?