On Friday, WND posted an article about the jobs report that came out last week. The numbers behind the numbers are not a cause for celebration.

Reality, however, came from a commentary at Twitchy, which said, “Fox Business Network’s Charles Payne broke down the ‘528,000 jobs added in July’ and let’s just say this particular perspective will not earn a Ron Klain retweet.” 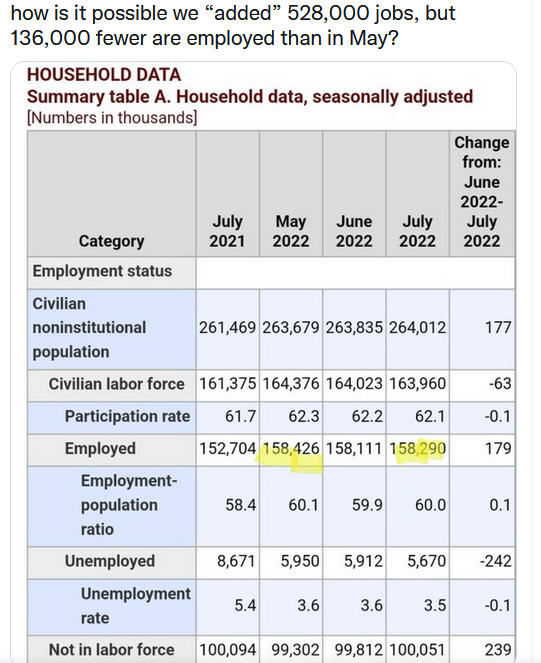 Because of Biden’s policies, gasoline in America has surged well past the $5 a gallon mark, about double what it was when he took office. The prices have declined somewhat in recent weeks, but it still remains at highs not seen before.

On top of that, Americans are facing inflation of 9.1%, costing the average family thousands of dollars a year more to have the same lifestyle of just last year.

As an average American, I am not feeling the benefits of the Biden administration’s economic policies, and I don’t think I am the only person saying this.