The war in Ukraine is horrible. Innocent civilians are the victims in any war. However, I am still struggling to figure out exactly what is happening here. Why are some of our political leaders trying so hard to get America involved? Does anyone actually believe that sending American troops to Ukraine would be a good idea? Why did Putin invade Ukraine? Is Putin really the mad brute the media is making him out to be–targeting civilians, etc.? I don’t know, but there are occasionally articles that make me wonder if we are being led down the garden path.

On Monday, The Conservative Treehouse reported the following:

Again, it must consistently be repeated – trust nothing from western or Russian state media about the issues in the Ukraine conflict. Everyone is shaping the war narrative to fit their agenda. Question everything you see and hear, wait to get the fulsome picture, and eventually the truth will surface.

An example today follows a U.S. and Western media claim that Russia arbitrarily targeted a shopping center in the capital city of Kyiv (Kiev). According to the narrative, this is an example of Russian military brutality and arbitrary shelling of civilians.

The article notes that the attack took place in the late-night-early-morning hours when the shopping center was closed to customers. So what is going on? The article posted a few pictures that explain a lot.

Here are some of the pictures: 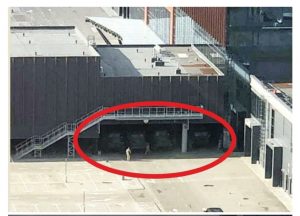 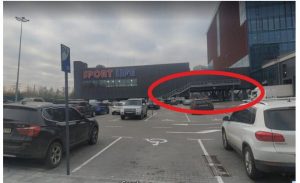 Putting military equipment in civilian areas is not a new tactic. It does, however, result in the destruction of civilian areas. Someone much smarter than I once said, “The first casualty of war is truth.” We need to remember this as we view the reporting of the war in Ukraine.