The Conservative Treehouse posted an article today that included the following screenshot: 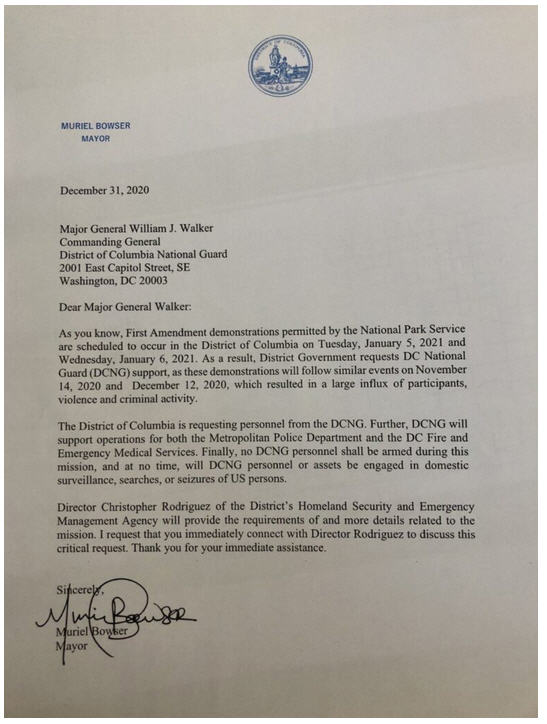 Now in case you are wondering why I might post this letter, let me refresh your memory. This is the same Mayor who refused to enlist the support of the national guard during the Black Lives Matter riots in the summer of 2020. This is the same Mayor whose police stood by as people leaving the White House after President Trump’s acceptance speech in 2019 were harassed and assaulted.

Prayers are needed for a peaceful protest. I suspect that some of the information that will be coming out about the 2020 election at the time of the protest will be stunning.