The “Buy-cott” campaign inspired countless Trump supporters to go to their local stores and buy up Goya olives, seasonings, beans, and frozen foods like it’s Christmas.

In fact, Goya couldn’t have asked for better marketing if it had paid millions of dollars in prime-time TV and newspaper ads.

I would like to add that Goya pink beans are a wonderful addition to homemade chili.

Please follow the link to the article–it includes a number of really good tweets.

This tweet from the article is one of my favorites: 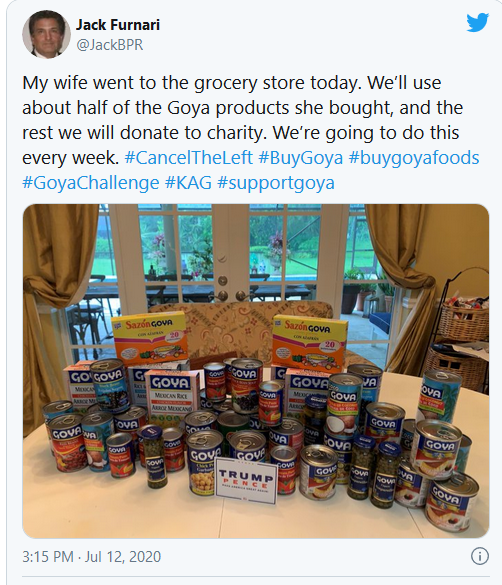 Jack Furnari is the CEO of BizPacReview. He obviously believes in leading by example.

This is the way you handle the cancel culture. All of us who value free speech need to learn to fight back quickly and hard.