The Gateway Pundit posted an article today that may explain why Dr. Fauci is promoting remdesivir and downplaying the success of hydroxychloroquine.

It seems that remdesivir has some very interesting connections. Gilead Sciences is the company that produces remdesivir.

And just who, or what is Gilead Sciences? Gilead is partnered with Wuxi AppTec, an international pharmaceutical, biopharmaceutical and medical device company. According to Wikipedia, “The company covers the development cycle through five core operations, including small molecule R&D and manufacturing, biologics R&D and manufacturing, cell therapy and gene therapy R&D and manufacturing, medical device testing, and molecular testing and genomics.” And where, you may ask, is the company located? Wuxi AppTec was begun in Shanghai by Dr. Gi Li now with facilities also in Wuxi City and Suzhou, China, as well as facilities in St. Paul, Minnesota, Philadelphia and Atlanta. Wuxi AppTec is owned in part by none other than America’s own – George Soros. 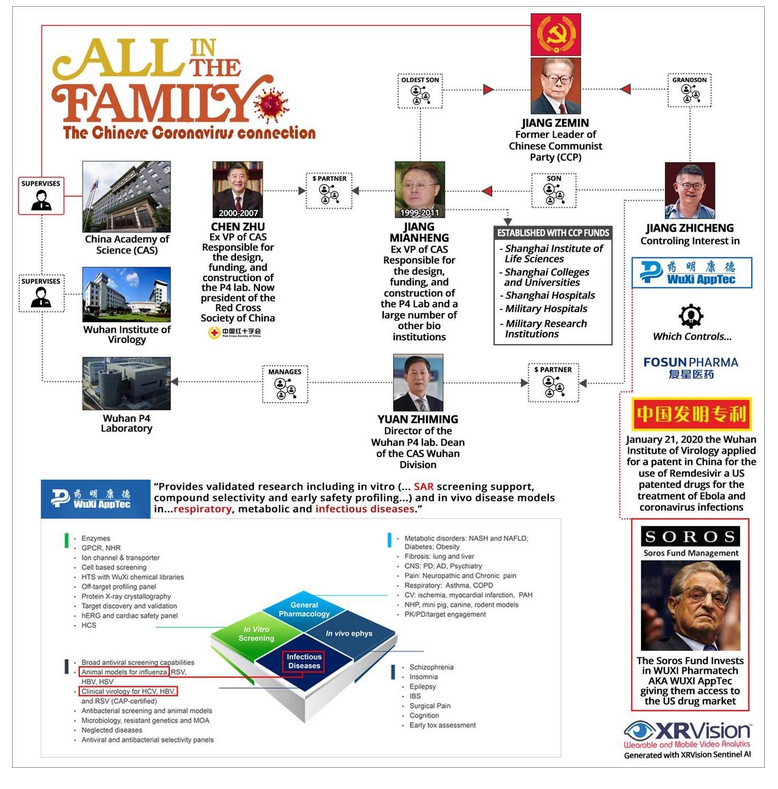 In addition, WND reports Gilead is related to UNITAID:

Holding this web together is the fact that Gilead has endorsed and is engaged with a drug purchasing group, UNITAID. UNITAID is an outgrowth of the United Nations, Millennium Declaration of 2000, which is now the U.N. Global Compact.

The one person behind the promotion of Gilead’s remdesivir is the doctor who has worked with Gilead for a long time, Dr. Fauci.  He also has downplayed and criticized the use of the much cheaper drug hydroxychloroquine:

Can there be any uncertainty as to why Dr. Fauci, who worked closely with Gilead, is strongly promoting its more expensive and less effective medication, which has already failed against Ebola, over a readily available, markedly affordable medication with a 91% success rate?

How long has the production of remdesivir been in the planning?  Why is this drug so highly touted by Dr. Fauci?  The answer appears to be related to Gilead Sciences.