The Washington Post reported yesterday that Pastor Andrew Brunson was released yesterday after a Turkish court convicted him of aiding terrorism but sentenced him only to time served. He was flown out of Turkey to Germany last night.

The picture below is from The Gateway Pundit: 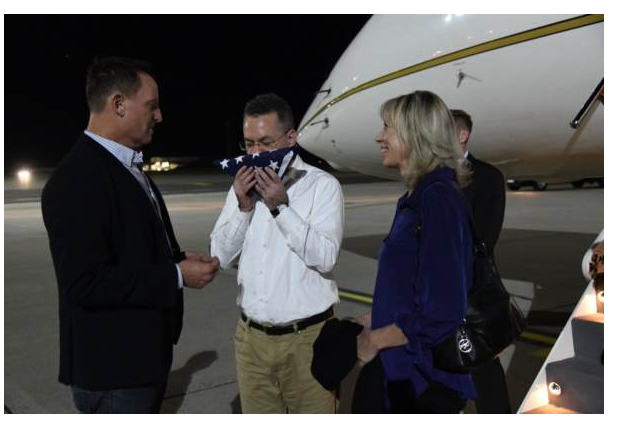 U.S. officials said Thursday that the two governments had negotiated an agreement that would see Brunson released in exchange for the lifting of U.S. sanctions on two senior Turkish cabinet ministers — penalties imposed to gain leverage in the Brunson case. The deal was reached on the sidelines of the U.N. General Assembly last month, the officials said.

In recent months, the Trump administration had made the pastor’s release a priority. Vice President Pence took a particular interest, helping mobilize Trump’s evangelical political base in support of the cause.

Brunson’s release also came as Turkey was investigating the disappearance of Jamal Khashoggi, a Saudi journalist who Turkish investigators believe was killed after he entered the Saudi Consulate in Istanbul last week. Turkey has briefed U.S. officials on the investigation and is seeking the Trump administration’s support in pressing Saudi Arabia to provide information about Khashoggi’s fate. At the same time, Turkey is trying to avoid a total rupture in relations with the Saudis, analysts said.

In recent years President Recep Tayyip Erdogan has been taking steps to move Turkey toward a Muslim caliphate (with dreams of reestablishing a caliphate that encompasses much of the Middle East with Erdogan as the caliph). Turkey has also moved closer to Russia during that time and away from its previous friendly relationship with Israel. There are currently some real questions about whether or not Turkey should remain a member of NATO.