Yesterday I attended the Rally for the Republic in Washington, D.C., sponsored by Freedom Works. I boarded the bus to Washington at 1 am. I arrived home at about 11 o’clock last night. I mention that because I am a person who loves my sleep, but the rally was important enough to me to give up a lot of that sleep to attend.

Here are two pictures from the rally: 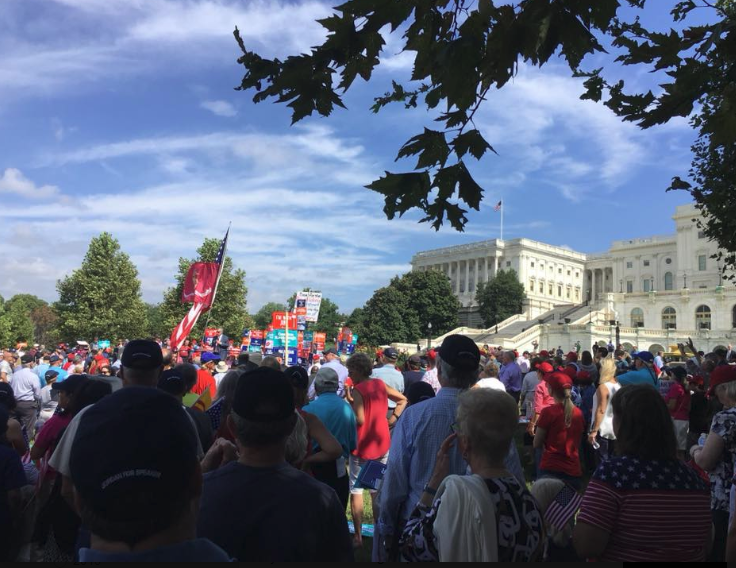 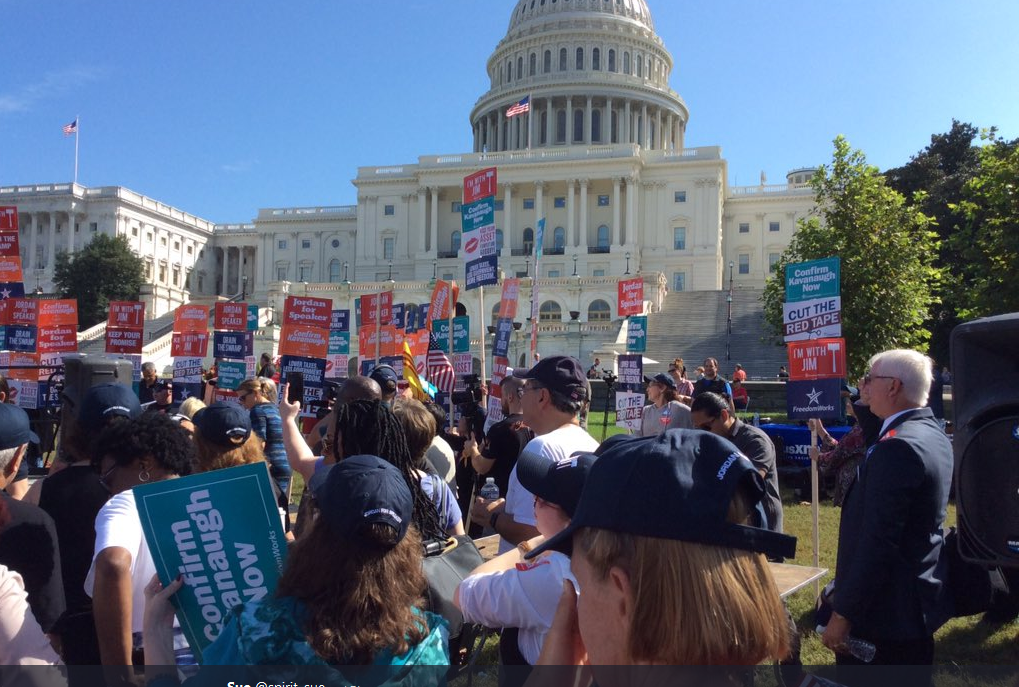 It was a hot, humid day. Two people were carried away by ambulance because of problems related to the heat. I have no idea how many people were there, but there were a lot of people, and they were angry about the circus the confirmation process for Brett Kavanaugh has become.

The rally had two main focuses–the confirmation of Brett Kavanaugh and the election of Jim Jordan as Speaker of the House. Both causes were enthusiastically supported by the crowd that attended.

The average American recognizes a smear when he sees it. Professor Ford may have been assaulted, but there is some real question as to the accuracy of her memory of the incident and as to the guilt of Judge Kavanaugh. Because there is no pattern that continued into adulthood, I believe he needs to be given the benefit of the doubt. We might also remember that innocent until proven guilty is one of the foundational blocks of our justice system. Evidently there are many people who feel that Judge Kavanaugh should be confirmed.

It is time to move forward and confirm Judge Kavanuagh.