On April 5, The Heritage Foundation posted an article titled, “Understanding the Hidden $1.1 Trillion Welfare System and How to Reform It.” I strongly suggest that you follow the link and read the entire article, but I would like to post some basic charts from the article: 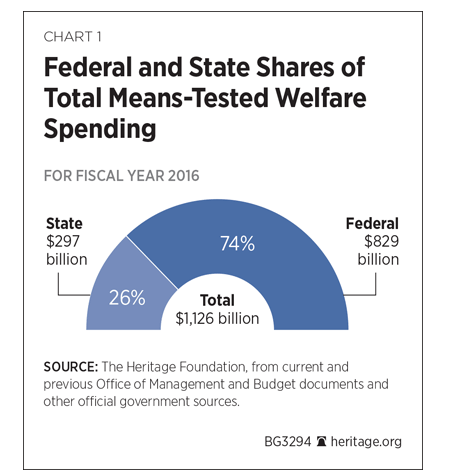 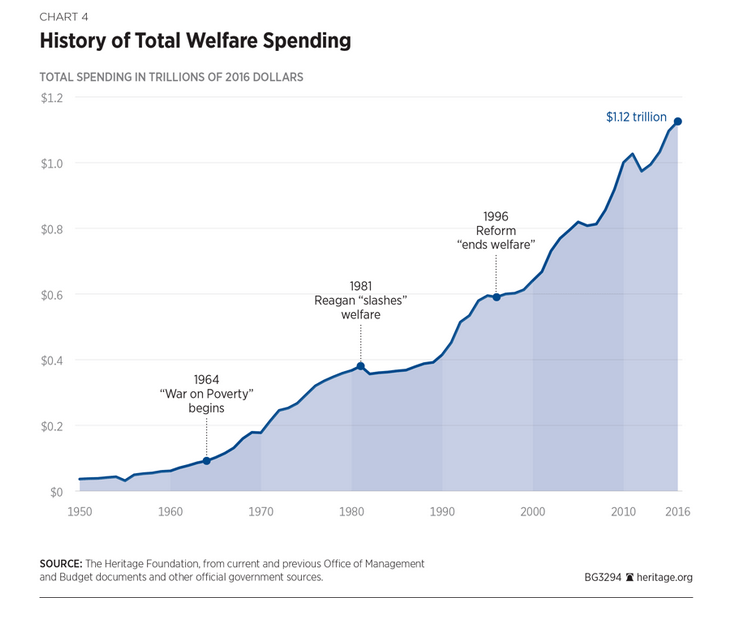 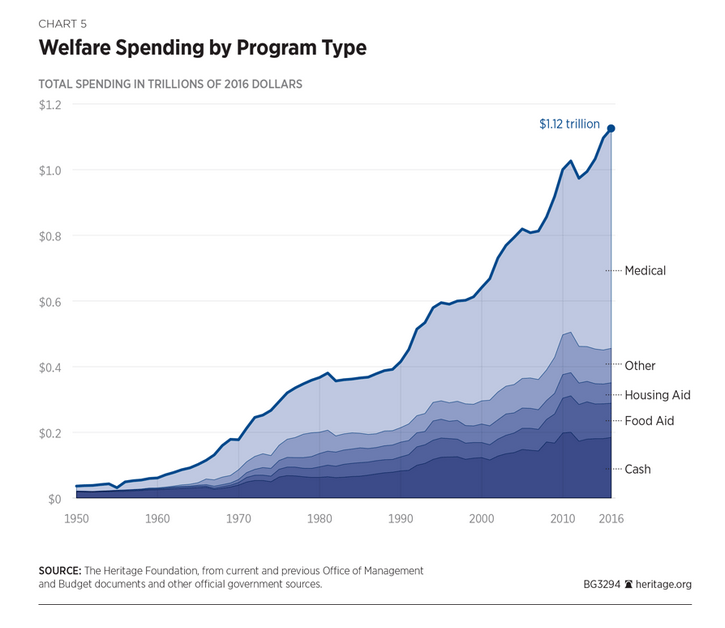 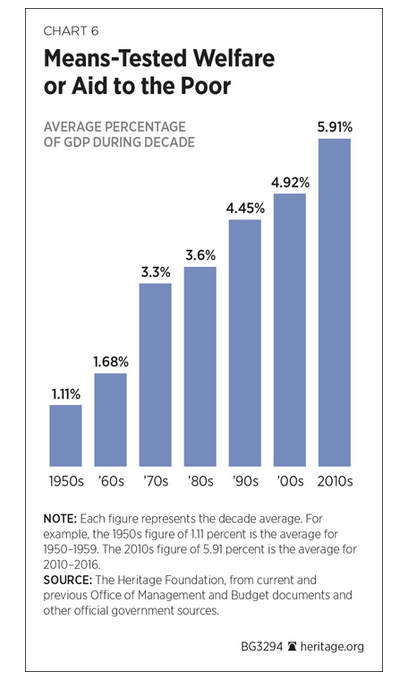 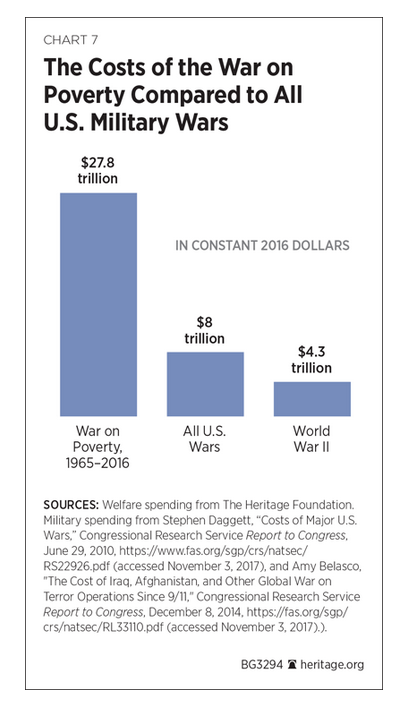 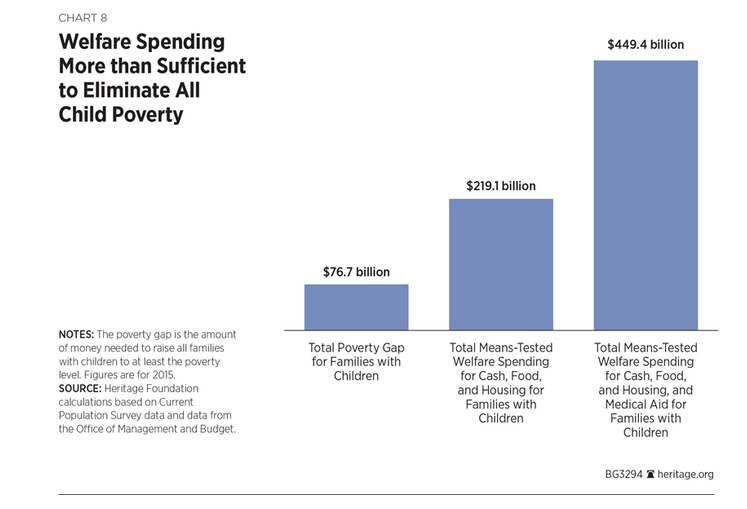 It should be noted that adopting these new goals does not mean that the government should stop assisting the poor. For example, as noted previously, a low-wage parent who works full-time for the full year under the existing welfare system has combined economic resources from earnings and welfare assistance that are well above the poverty level. Ensuring that the families of full-time workers are not poor is a laudable goal that should continue to be pursued.58

The objective might be inappropriate for families with large numbers of children. See Rector and Sheffield, “Five Myths About Welfare and Child Poverty.”

Unfortunately, the current structure of welfare assistance undermines rather than enhances self-support and psychological well-being. That aspect of the welfare system must be transformed.

It is time to combine charity and encouragement. We need to provide incentives for people to get off the welfare rolls. Welfare should not be a generational profession.