The rallies held around the country yesterday supposedly had the aim of ending gun violence, but when you looked at some of the signs the protesters carried, you began to wonder what the actual agenda was.

Jazz Shaw at Hot Air posted a few pictures from the “March for Our Lives”: 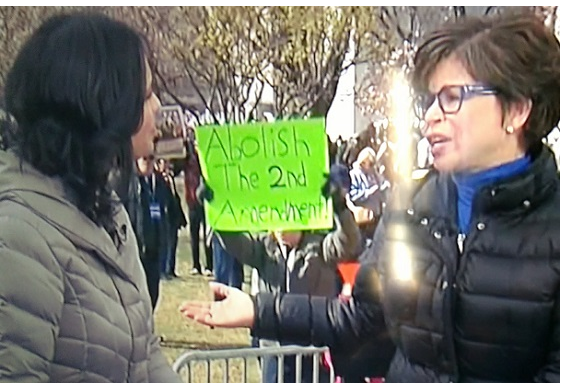 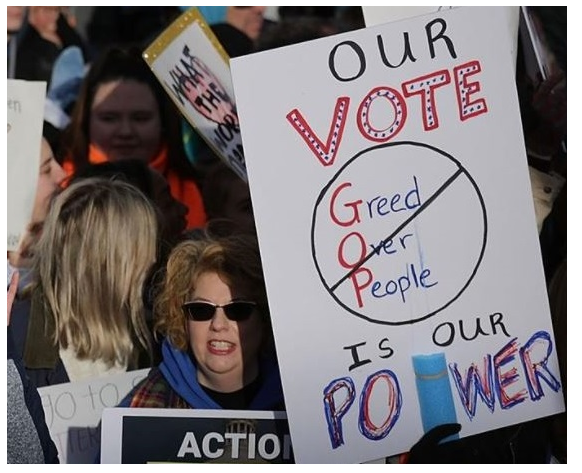 So what have we here? The march opposed the Second Amendment–an Amendment that actually protects their right to protest–without the Second Amendment it is very unlikely that the right of free speech or the right of assembly would exist. The march blames the GOP for the loss of life due to gun violence. To say that is a stretch is a bit of an understatement. Also, doesn’t that make this a political march? If so, why did schools bus children to various cities to participate? Is that not a use of tax dollars for political purposes? The march targeted the NRA–a group that promotes gun safety. I guess they needed a target–regardless of the validity of targeting that organization.

The true purpose of this march was to register young Democrat voters–the Democratic party is losing voters because of its dramatic shift left. As the party is being taken over by the likes of Elizabeth Warren, Nancy Pelosi, and Chuck Schumer, the traditional base of the Democratic party is leaving the party. President Trump’s win in 2016 included votes from many of the Democrats who were Reagan Democrats. This is frightening to the party leaders. The two groups currently being used to build up Democratic voters by the party leaders are Hispanic immigrants (legal or illegal) and youth. This march was an example of the lack of knowledge of American history and the U.S. Constitution in our young people. These things are no longer being taught effectively in school. Therefore these young people are easily manipulated through emotion rather than logic. We may be in danger of losing the republic that we know and love if the Democratic party is successful in their goals.

There is some good news. Breitbart reported today:

A report indicates attendance at Saturday’s student march for gun control was approximately 200,000, which is less than half of the expected crowd size.

…But CBS News reports that the actual number of attendees turned out to be about 300,000 lower than Witt expected. They put the number at “202,796” at its peak.

Despite what you have heard in the media, hopefully many of our youth are smarter than we give them credit for.