Today’s Wall Street Journal posted a story entitled, “The Road to a Downgrade.”   These are two graphs from that article.  The article reviews the history that brought us to this point, beginning with FDR.  I strongly suggest you read the entire article for the total picture. 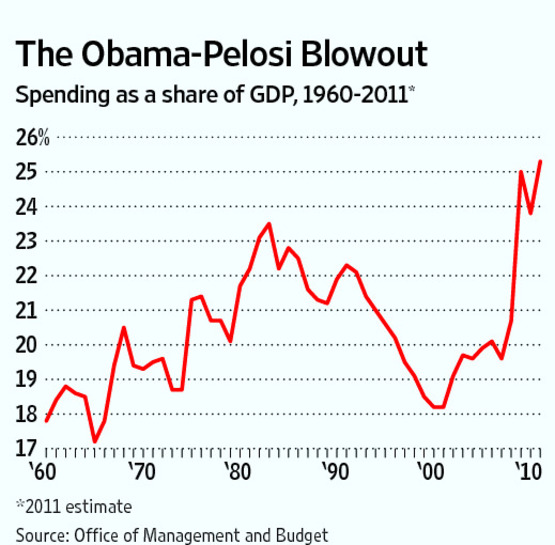 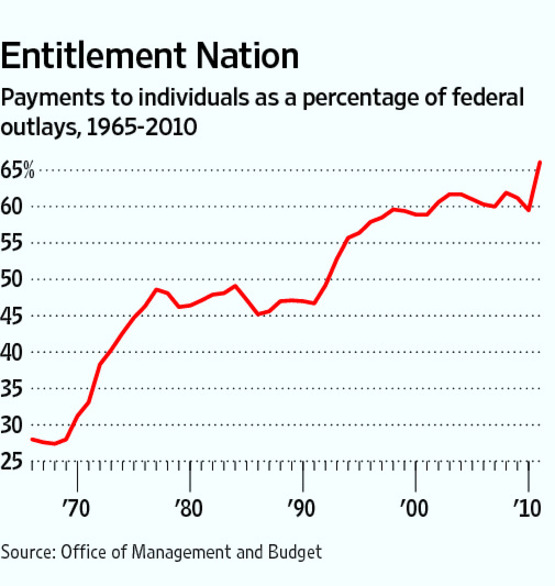 The article reminds us of some of the false information currently circulating:

“Many on the left still blame Ronald Reagan, but the debt increase in the 1980s financed a robust economic expansion and victory in the Cold War. Debt held by the public at the end of the Reagan years was much lower as a share of GDP (41% in 1988 and still only 40.3% in 2008) compared to the estimated 72% in fiscal 2011. That Cold War victory made possible the peace dividend that allowed Bill Clinton to balance the budget in the 1990s by cutting defense spending to 3% of GDP from nearly 6% in 1988.”

These are just two of the things to keep in mind as the debate on the debt celing continues.

“Yet Mr. Obama and most Democrats still oppose any serious reform of Medicare, Medicaid and Social Security. This insistence on no reform reinforces the notion that our entitlement state is too big to afford but also too big to change politically. This is how a AAA country becomes AA, the first step on the march to Greece.”

Please follow the link above to read the entire article.

1 thought on “Two Graphs That Tell The Entire Story”