The Heritage Foundation posted an article on Wednesday explaining some of the ways that the Senate version of tax reform is better than the House of Representatives version. It is quite likely that even if the Senate passes its version of the bill, the final bill will be different from both the House and Senate Bill.

Here are some of the things The Heritage Foundation likes about the Senate bill:

1. Lower tax rates at every level.

The House bill does not lower the top rate and in fact raises rates for the very wealthy. While that sounds nice, it is patently unfair–the rich already pay more than their share of taxes. 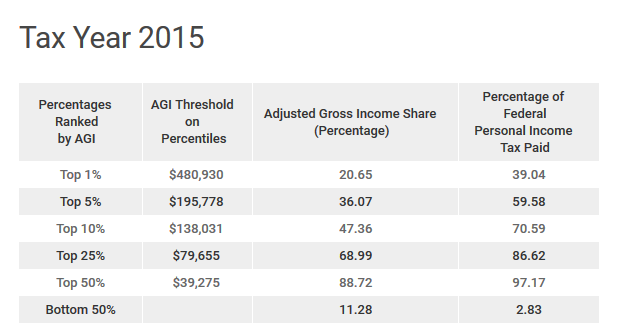 It seems to me that everyone deserves a tax break!

Other things that The Heritage Foundation supported in the Senate bill:

2. Full repeal of the state and local tax deduction.

6. Repeal of the individual mandate.

Please follow the link to The Heritage Foundation article to see the details and reasons for supporting these points.

I would like to mention what impact the repeal of the individual mandate would have. First of all, does the government have the right to force Americans to buy a product? Second of all, if a person can’t afford health insurance, how are they supposed to afford the penalty for not having it?

The following video was posted at YouTube today explaining the impact of the individual mandate on the middle class:

The individual mandate was put into ObamaCare to gain the support of the health insurance companies–it was a promise to give them more customers. That promise, along with the promise of the government paying the companies to cover their losses under ObamaCare, was the reason the health insurance companies supported ObamaCare–they were in it strictly for their own gain–not because it would improve healthcare in America.

The six reasons listed above are the reasons that The Heritage Foundation supports the Senate tax reform bill. We all need to pay attention to see if the bill passes the Senate and what is done to it after it passes. It’s time to tune out the class warfare rhetoric and stay informed.