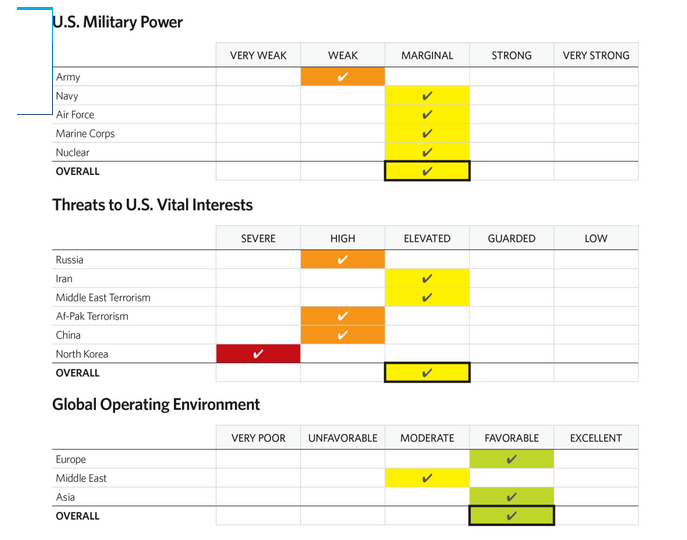 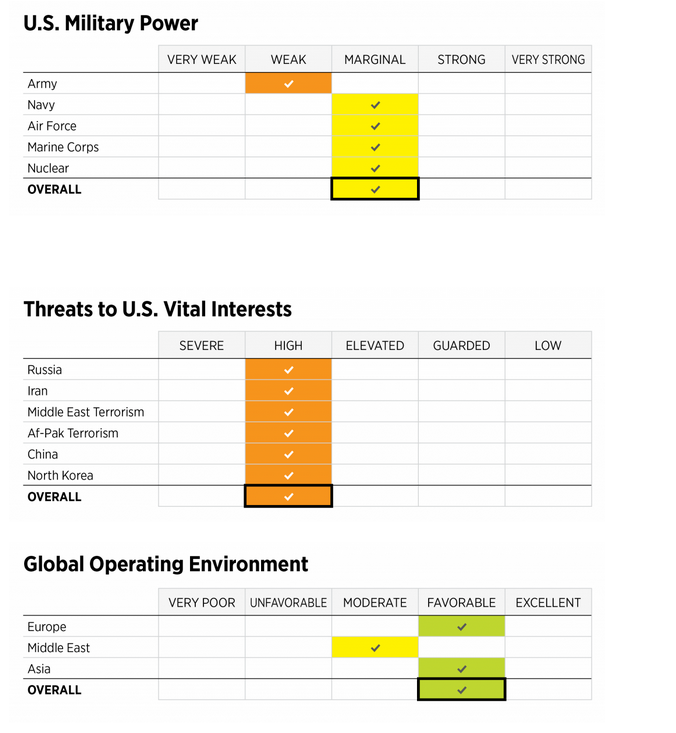 Overall, the 2017 Index concludes that the current U.S. military force is capable of meeting the demands of a single major regional conflict while also attending to various presence and engagement activities—something it is doing now and has done for the past two decades—but that it would be very hard-pressed to do more and certainly would be ill-equipped to handle two nearly simultaneous major regional contingencies. The consistent decline in funding and the consequent shrinking of the force over the past few years have placed it under significant pressure. Essential maintenance continues to be deferred; the availability of fewer units for operational deployments increases the frequency and length of deployments; and old equipment is being extended while programmed replacements are either delayed or beset by developmental difficulties.

The military services have continued to prioritize readiness for current operations by shifting funding to deployed or soon-to-deploy units at the expense of keeping units that are not deployed in “ready” condition; delaying, reducing, extending, or canceling modernization programs; and sustaining the reduction in size and number of military units. These choices and their resulting condition, driven by the lack of funding dedicated to defense, hazard America’s ability to secure its interests now and erode America’s ability to shape conditions to its advantage by assuring allies and deterring competitors.

As currently postured, the U.S. military is only marginally able to meet the demands of defending America’s vital national interests.

If we are to remain free and protect our citizens, I believe that we have to increase our defense spending.