When political operatives use the legal system to attack their opponents, we all lose. We have seen numerous examples of this in recent years. In 2002 House Majority Leader Tom Delay was charged with money laundering as part of a plan to redraw the Texas political map in 2002. He was finally cleared in 2014, thousands of dollars later. He also lost his position as House Majority Leader. Recently we saw the indictment of David Daleiden who took undercover videos exposing Planned Parenthood‘s selling of aborted baby body parts (later overturned). 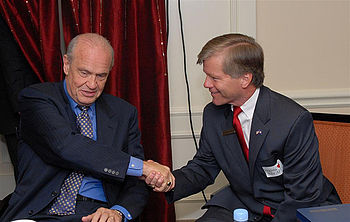 In January 2014, Former Virginia Governor Bob McDonnell and his wife were indicted on federal corruption charges. Yesterday the Supreme Court ruled on the case.

A unanimous Supreme Court has overturned the corruption convictions of former Virginia Gov. Bob McDonnell, ruling that federal prosecutors relied on a “boundless” definition of the kinds of acts that could lead politicians to face criminal charges.

The decision from the eight-justice court could make it tougher for prosecutors to prove corruption cases against politicians in cases where there is no proof of an explicit agreement linking a campaign donation or gift to a contract, grant or vote.

If you read the details of the case, there was definitely some sleazy behavior there, but the actions of Governor McDonnell were not illegal under Virginia law. Also, note that this was a unanimous decision by the Supreme Court. That is rare.

Our political system has become toxic. It is time for all Americans to do their own research and draw their own conclusions. When you see the media gang up on a candidate or office holder, don’t believe anything you hear. This is an election season, and nothing should be a surprise. When you read in the mainstream media that the Trump campaign is being run by aliens that Donald Trump meets with in Dennis Kucinich‘s back yard, pay close attention–the media has an ulterior motive.