Newsmax posted an article today about the number of ISIS terror attacks thwarted this year in the United States.

The House Homeland Security Committee has the following map posted on their website: 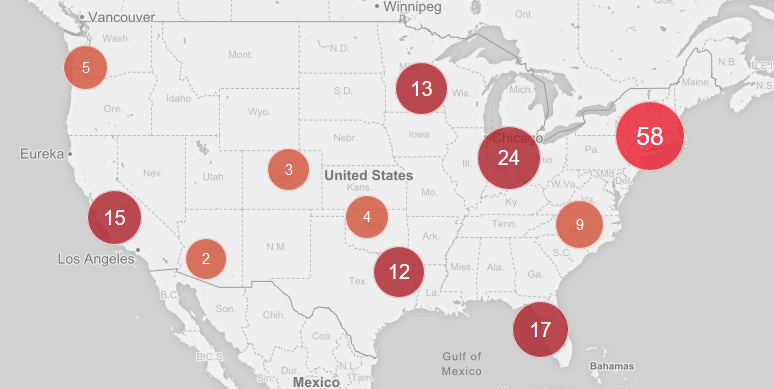 This is not comforting.

And a year after the U.S.-led coalition began airstrikes against ISIS, they “have largely failed,” according to the monthly “Terror Report Snapshot” released Tuesday by the Republican members of the House Homeland Security Committee.

…Here are some other facts from the report:

What happened in Florida was the result of the Koran’s teaching about homosexuality. In countries ruled by Sharia Law, homosexuals are routinely thrown off of buildings with their hands tied. Execution is seen as the appropriate punishment for homosexuality under Sharia Law.

Between 2001 and 2013, the U.S. permanently resettled nearly 30,000 Afghan migrants on green cards. According to Pew, nearly all Muslims in Afghanistan (99%) support sharia law as official law.

As legal immigrants, these migrants will be granted lifetime resettlement privileges will be given automatic work permits, welfare access, and the ability to become voting citizens.

In the next five years, without changes to our autopilot visa dispensations, the U.S. will permanently resettle a Muslim population larger than the entire population of Washington D.C.

Islam as practiced according to the Koran is not a religion of peace. There are peaceful Muslims, but they are afraid to speak out about what is going on in many of the mosques. The Obama Administration has chosen to turn a blind eye to what is happening in our mosques. Have you ever wondered how small Islamic communities have the money to build large Islamic centers and mosques? Many of them are funded through the Islamic Society of North America (named as an unindicted co-conspirator in the Holy Land Foundation Trial) or funded indirectly through Saudi Arabia (the country that financed the 911 hijackers). Western civilization is under attack. Both the Sunni and Shiite Muslims want to set up a worldwide caliphate run by Sharia Law. Their only disagreement is about who will control the caliphate and where it will be headquartered. It is time for America (and the rest of western civilization) to wake up and pay attention.