A friend of mine writes a column for the Beaufort Observer. Her most recent column was particularly relevant to today’s news. Here it is: 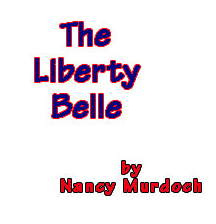 The story goes that after the Constitutional Convention, Benjamin Franklin was asked, “Well, Doctor, what have we got – a Republic or a Monarchy?” Franklin responded: “A Republic – if you can keep it.”

These days no one is openly clamoring for a monarchy, but few talk much about our Republic, other than in the pledge of allegiance to the flag. In fact, most people think we are a democracy, even though our founders went to great lengths to determine that not so. James Madison clearly spoke of the problems of a democracy when he wrote: “Democracies have ever been spectacles of turbulence and contention; have ever been found incompatible with personal security or the rights of property; and have in general been as short in their lives as they have been violent in their deaths”.

The word democracy was seldom used in this country before the presidency of our old friend, Woodrow Wilson. He used the slogan “making the world safe for democracy” as a battle cry to get the US into World War I. It became such a bone of contention that the government itself through various means attempted to clarify the matter. The US Army’s Training Manual of 1928 contained a section explaining in detail the difference between a democracy and a republic in the original, historical sense. However, the cat was out of the bag as schools and the press routinely used the word democracy to identify our form of government, and now it is a generally accepted term.

James Madison explained a republic in Federalist Papers, No. 39: “We may define a republic to be…a government which derives all its powers directly or indirectly from the great body of the people, and is administered by persons holding their offices during [the people’s] pleasure for a limited period, or during good behavior”. (That good behavior part presents a serious problem.)

The left loves to attack the Constitution by stating that at the time of its ratification our country was small and mainly agrarian, but it is no longer suitable for an industrial huge nation. Madison addressed that point specifically in Federalist Paper, No. 14: “In a democracy the people meet and exercise the government in person; in a republic they assemble and administer it by their representatives and agents. A democracy, consequently, must be confined to a small spot. A republic may be extended over a large region”. How and where the people live should not affect the type of federal government required – unless the government wishes to control every aspect of the lives of the citizens.

More and more it appears as we have been unable to keep our Republic. The question as to what comes next is still open to debate. Will more Americans accept slavery to the state or will a new spirit demanding liberty arise from the ashes?