On Sunday the Independent Journal Review posted an article about Indiana‘s ‘Religious Freedom’ Act. There has been an outcry from gay and lesbian groups that say that the law will discriminate against them. I would like to point out that 21 states already have similar laws, and that the goal of the law is to protect EVERYONE’S rights.

When you open a business, you do not give up your First Amendment rights. According to the First Amendment you are guaranteed the right to practice your religion. There is also a right of association–you have the right to choose who you will do business with. Christians who hold a Biblical view on homosexuality have as much right to practice their beliefs as anyone else. The law in Indiana will protect these rights.

This is the map of the states that have passed laws similar to the Religious Freedom Restoration Act (RFRA): 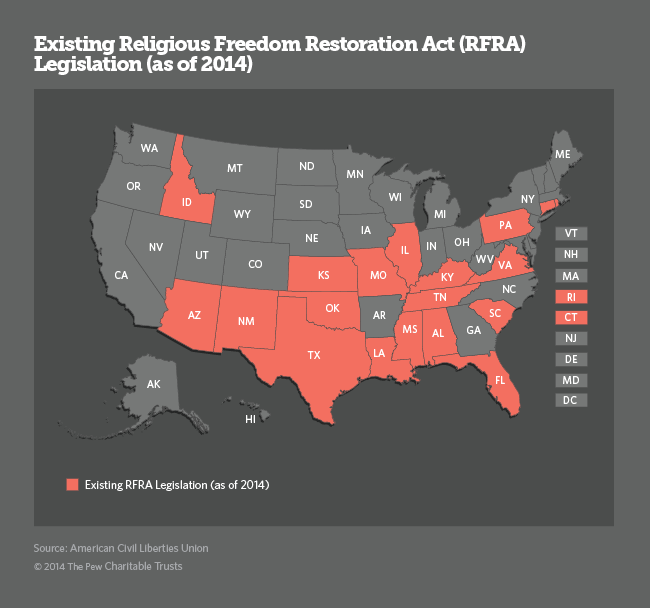 Incidentally, the RFRA was signed into law by former President Bill Clinton–not by a Republican.

In other words, not only can the Christian owners of a bakery refuse to write an inscription on the wedding cake of a gay couple, but the black owners of a T-shirt business don’t have to print the KKK’s burning crosses on shirts, and Jewish owners of a gift shop don’t have to put Nazi symbols on coffee cups.

Everyone has equal rights, or no one does.