Today is the anniversary of the Japanese attack on Pearl Harbor. We need to remember the families who were impacted by that attack and look at what we can learn from that attack.

Between 1940 and 1941, the American military had increased from 458,365 Army, Navy, and Marines to 1,801,101 (these figures are from the National WWII Museum Website). What was going on in the world? The Japanese seized Manchuria in 1931. Japan withdrew from the League of Nations in March 1933. In October 1933, Hitler withdrew from the League of Nations. In March 1935, he denounced the armament limits placed on Germany by the Treaty of Versailles and began rebuilding the German armed forces. The world was clearly becoming a very dangerous place, and America sought to remain uninvolved (although it was beginning to rearm). In researching this article I came across a few articles that stated that President Roosevelt knew about the attack on Pearl Harbor ahead of time and chose to remain silent in order to bring America into the war. I have no opinion on that. 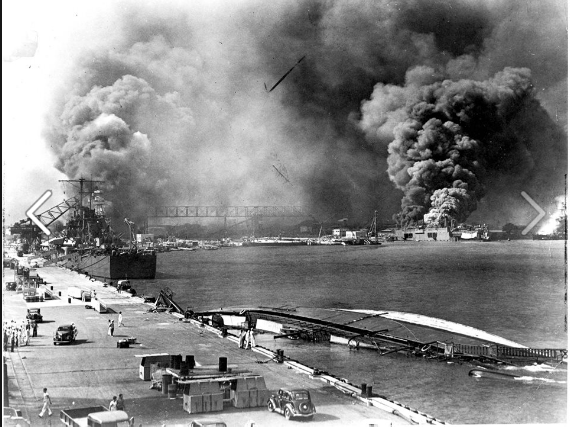 Today, America is still striving for peace. We are currently a war-weary nation, but unfortunately, the world around us is not a peaceful place. The lesson we need to learn from Pearl Harbor is that aggression in other parts of the world can easily spill over to America. This is not the time to be considering cutting the defense budget–it is a time to increase our military strength in order to keep America safe.