CNS News posted a story today about the number of Americans now receiving food stamps. If a picture is worth a thousand words, here are two pictures that tell the story: 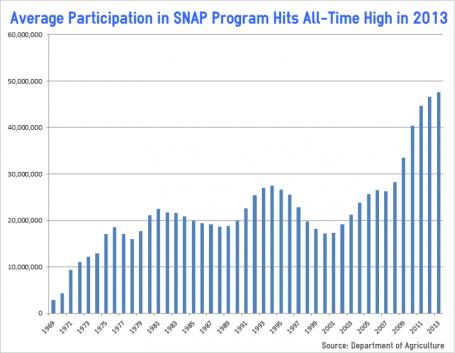 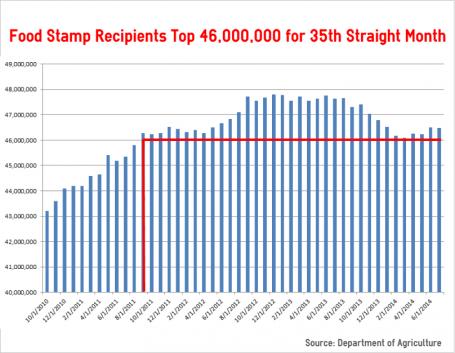 If the economy is doing so well, why are so many people receiving food stamps?

If we don’t vote for people who want less government in November, we will totally destroy what is left of the economy of America. It’s up to the voters.