This is a copy of part of one of the letters the IRS sent to a conservative organization seeking tax-exempt status. This copy is taken from an article posted at the Daily Caller yesterday. The article states that there were twelve different groups at the IRS that targeted conservative groups applying for tax-exempt status. 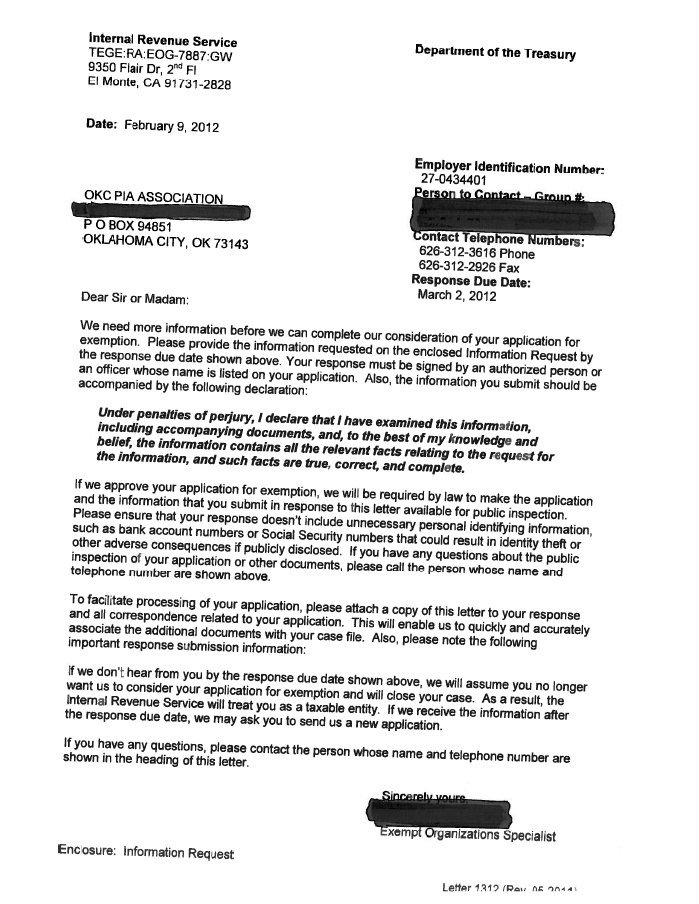 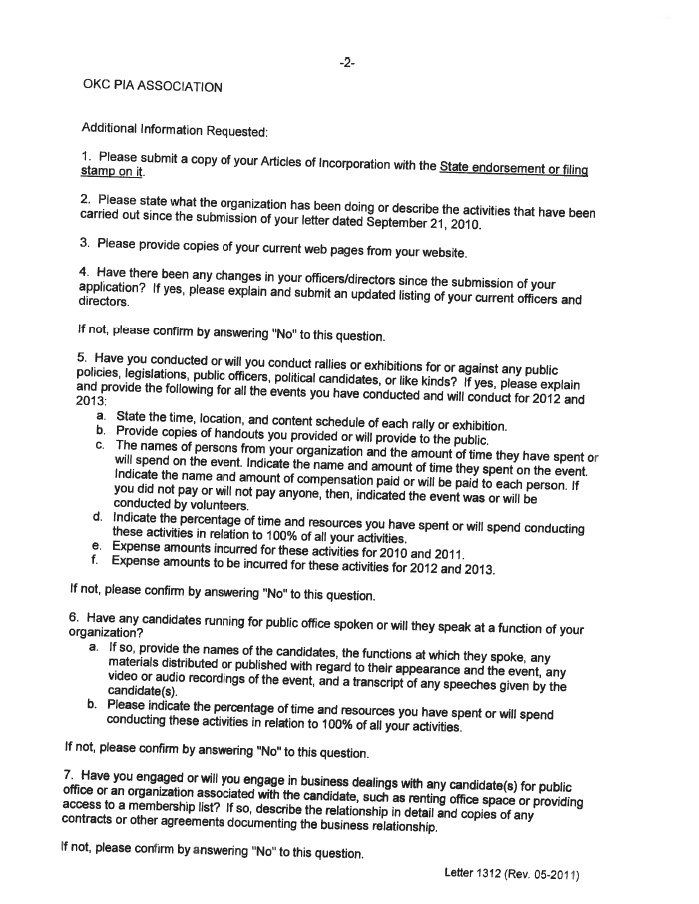 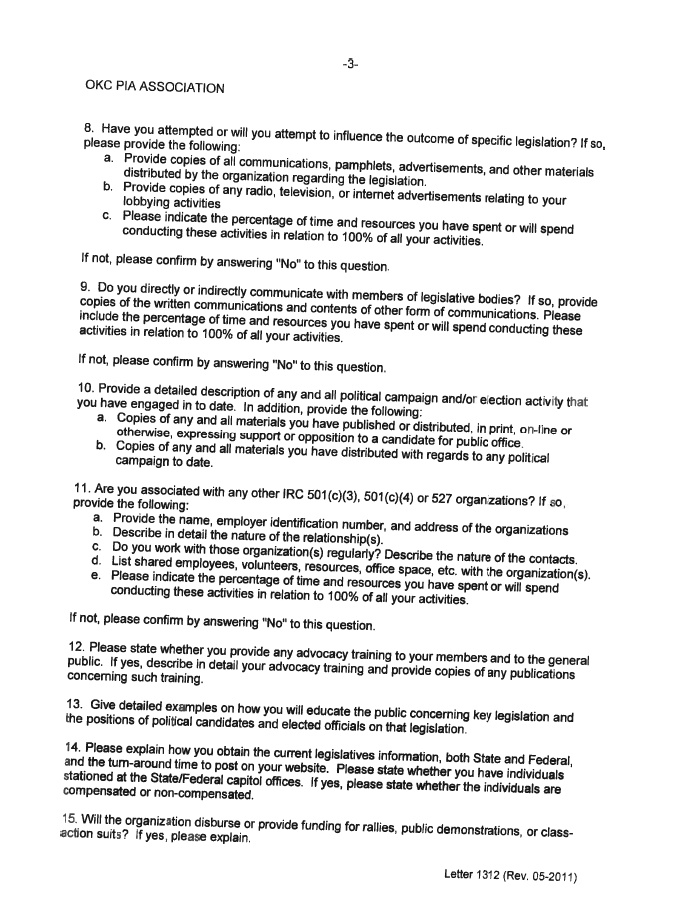 The revelation disproves the suggestion by a top congressional Democrat that only one IRS group was responsible for scrutinizing tea party and conservative applications.

“We know that the Tax Exempt and Government Entities Division in Washington, D.C. was involved, and that’s where Carter Hull and Lois Lerner were working. We have 14 letters directly from Lois Lerner,” French said. “When Lois Lerner said on May 10 that this was just a few agents in Cincinnati, we were literally holding in our hands 14 letters that she wrote to conservative groups.”

This is not how the IRS is supposed to work. Why are we giving them more power in ObamaCare?