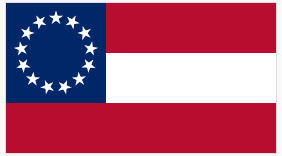 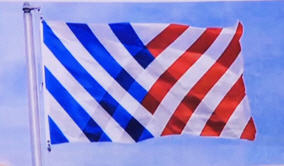 There is a bit of mob hysteria going on right now about the Confederate battle flag. It is not the Confederate flag–it is not even the ‘stars and bars,’ although it is occasionally called that by people who do not know the history of the flag.

Yesterday I attended a meeting of the House Homeland Security, Miltary, and Veterans Affairs Committee in the North Carolina Legislative Building. The meeting was chaired by Representative Michael Speciale from Craven County. WRAL.com posted an article about this meeting. I have included a link to their article although the article is totally misleading.

First of all, I would like to say that this committee meeting had nothing to do with any of the ruckus that is currently ongoing about Confederate flags and memorabilia. The Bill was originally filed in the North Carolina Senate on February 3rd of this year. The purpose of the Bill is to set up a standard procedure for preserving historic items from North Carolina’s history. There were people in the meeting who tried to make this a discussion of the Confederate battle field and other civil war items, but that is not what the Bill is about.

The article at WRAL did report one important comment made during the meeting:

“History needs to be retained. You don’t know what you are without your history,” Pittman argued. “We need to face it and, like it or not like it, it is what it is, and we shouldn’t be trying to change it. And I don’t think the government has the right to change what history is.”

The Bill will be voted on by the North Carolina House of Representatives next Tuesday. The Bill easily passed the Senate in April, but that was before the insanity started. It is truly sad that many Americans wants to erase our history rather than learn from it.

As Representative Speciale noted, “This bill has nothing to do with what’s happened over the Confederate flag. But I think that’s a good reason why we need something like this to stave off the flames of passion. Because once an item is destroyed, an item is removed, a historical item, it’s gone.”

We need to preserve our past, learn from it, and move on. Destroying it accomplishes nothing.

Yesterday Breitbart.com posted an article about Confederate General Nathan Bedford Forrest. On July 7, the Memphis (Tennessee) City Council voted to exhume his body and move it from the place it has been for the last hundred years. They are moving his wife’s body as well. They also plan to sell the statue of Forrest

The Forrest family has made clear that they are “solidly opposed to digging up the graves and moving them any place.” They are opposed to moving the statue as well.

Some believe the Memphis City Council vote is another example of the anti-Confederacy hysteria that swept parts of the country after a photo surfaced of alleged Charleston gunman Dylann Roof posing with a Confederate flag. But city council member Janis Fullilove asked if the move has something to do with a rumored “$500 million [University of Tennessee] expansion” that would use the land where Forrest is currently buried.

I might believe that the move was about the expansion of the University if the Council planned to keep the statue. The fact that they are thinking of “selling the statue to anyone who wants it.” does make me wonder.

General Forrest was a wealthy businessman who joined the Confederate Army after the war started and became a lieutenant general.

The General and his wife have been dead for more than one hundred years–they are no threat to anyone or anything. The man was defending his home state. I guess I really don’t understand why he and his wife have to be relocated and his statue sold.

When you look at history, you need to remember that you are a traveler in a strange land. The values and things we take for granted today may be very different from the values and things taken for granted at the time you are looking at. We also need to be very wary of people who try to rewrite history or remove parts of our history. Our history is our history–we can’t change it. We can learn from it, but we can’t change it.

Stone Mountain Park is Georgia is considered the “Confederate Rushmore.” The park includes an educational documentary “The Battle for Georgia – a History of the Civil War in Georgia.” The park is an education center dedicated to a very unhappy chapter in American history. Part of that history is the Confederate Battle Flag.

Yesterday Yahoo News posted an article about a request for a boycott of Stone Mountain Park in Georgia:

Democratic state Representative LaDawn Blackett Jones this week urged people to stay away from the park 10 miles (16 km) east of Atlanta because it flies three flags of the pro-slavery Confederacy alongside the U.S. and Georgia state flags.

Bobbie Smith of Fitzgerald, Georgia, who was camping at Stone Mountain with her family, called the boycott call “just stupid.”

Now let’s look at that statement for a minute and put it into context. Britain abolished slavery in the 1830’s. Slavery remained legal in many countries of the world until the end of the 20th Century. It is now technically illegal in all countries, although it is still practiced in some countries in some form with a different name. Before we talk about the ‘pro-slavery Confederacy,’ we need to consider that although slavery is a horrible thing, it was acceptable behavior in many circles at the time. Would the Representative have described 19th Century England as pro-slavery England? To deny that part of America’s history or to try to gloss over it is to deny where we have been.

The park is on state land and run by the Stone Mountain Memorial Association. Spokesman John Bankhead said, “People on both sides of the issue say it (the flag) belongs in a museum. Here in Georgia, the Stone Mountain Park serves as that.”

The park is known as the “Confederate Mount Rushmore” for its 90-foot-tall (27-meter-tall) relief sculpture of three Confederate figures – President Jefferson Davis and Generals Robert E. Lee and Thomas “Stonewall” Jackson. The park describes it as the largest high relief sculpture in the world.

The thing we need to remember here is that the Confederacy was not evil. It practiced slavery, which was wrong, but accepted at the time. The Confederate States fought a war with the United States to preserve their way of life–not to take territory. The Confederacy is part of America’s heritage. Hopefully we have learned from the mistake made in accepting slavery and have done a better job of treating all Americans equally. Meanwhile, the hysteria about the Confederate battle flag is a bit overblown. One wonders what is behind the effort to erase this part of America’s history.